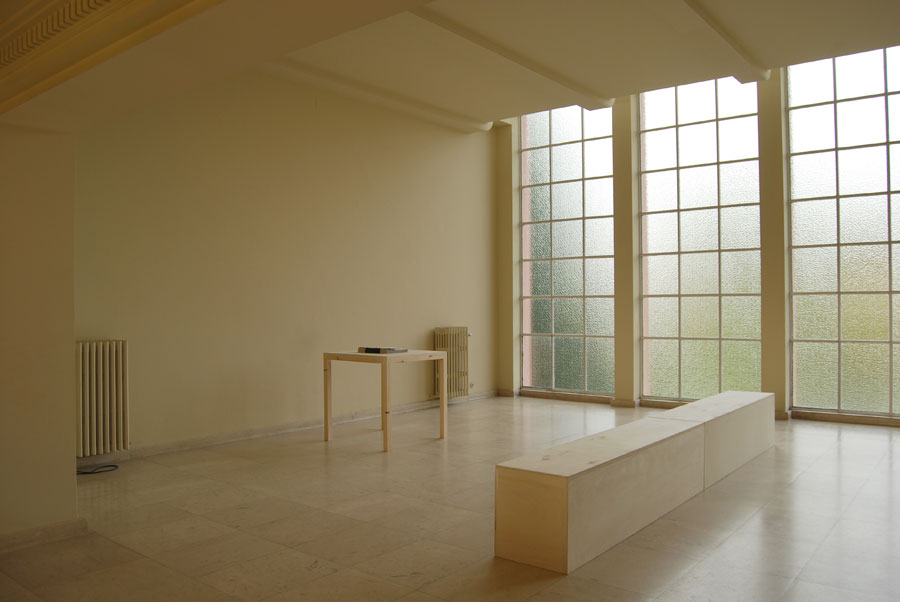 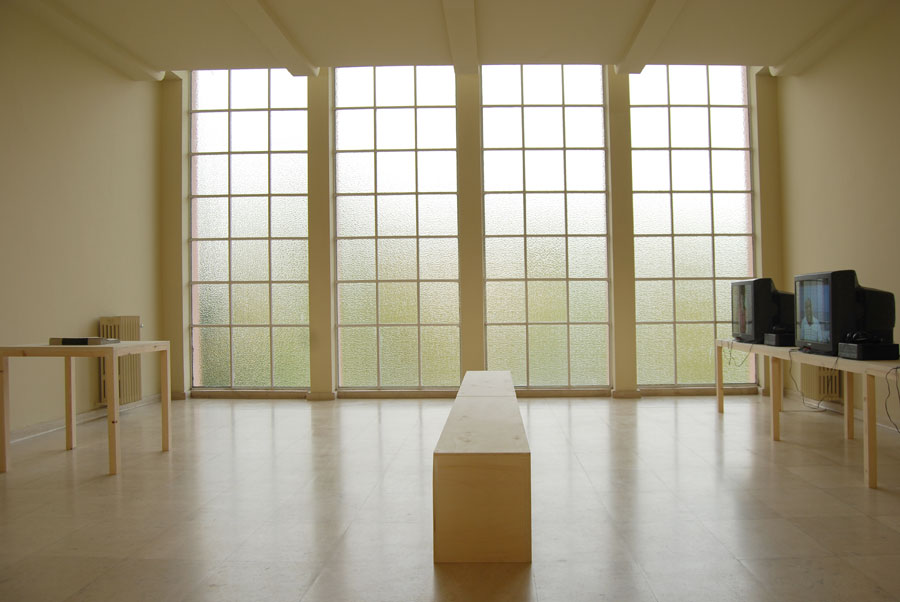 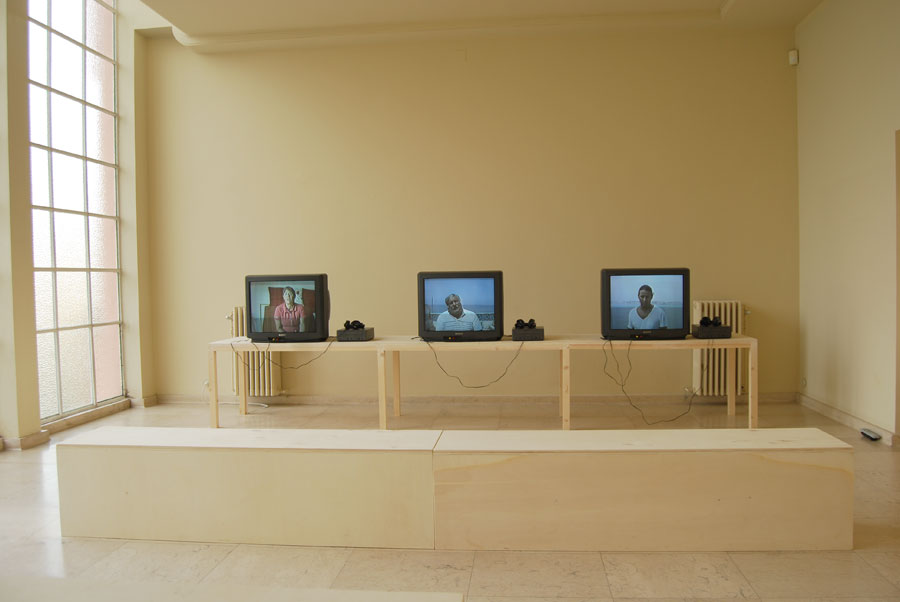 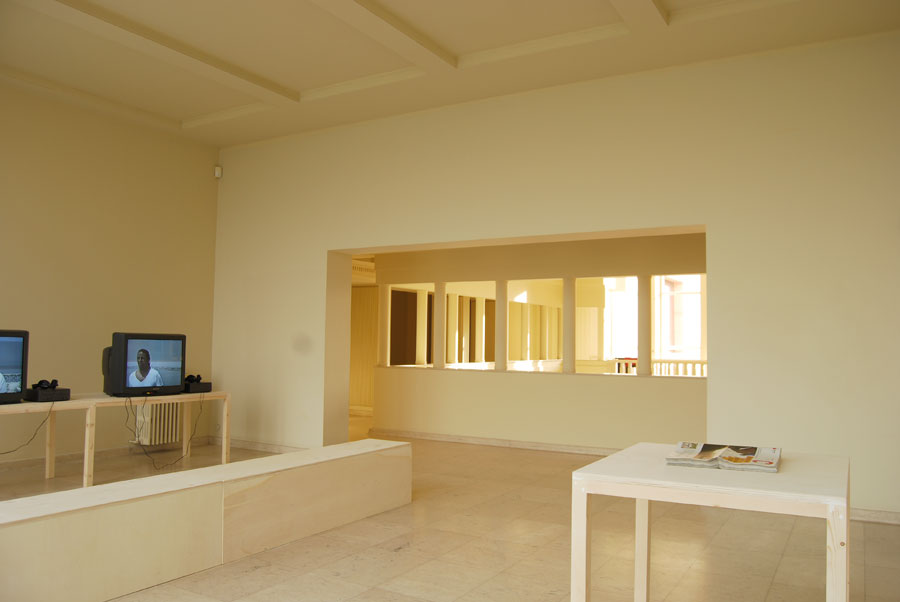 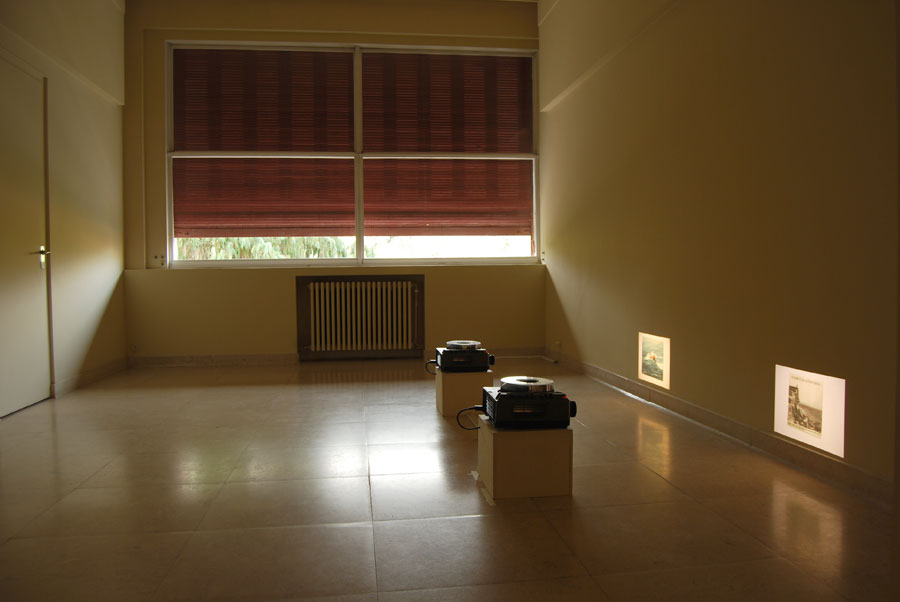 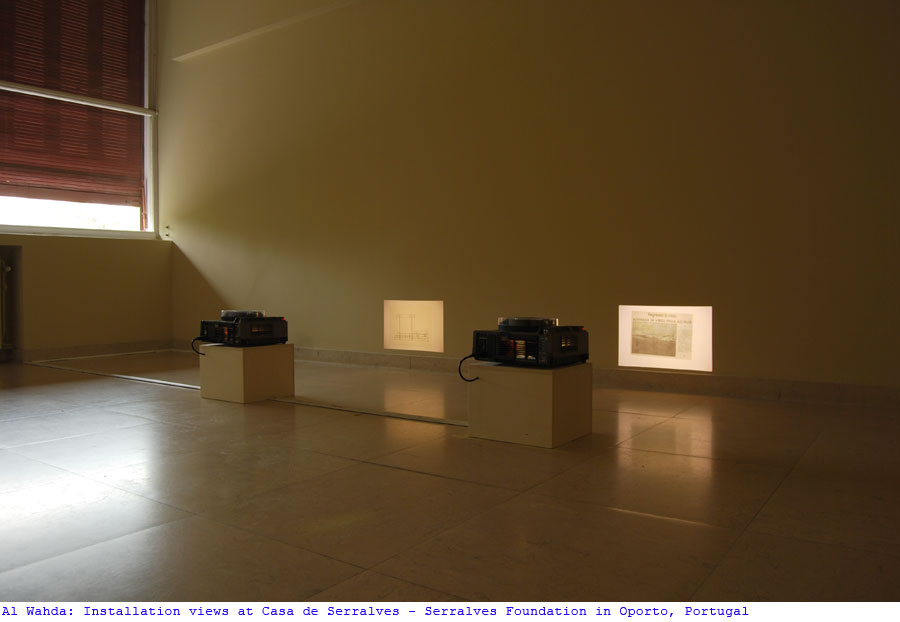 More than a way of recording and representing reality, documentation consists in a form of its permanence.
Documentation seeks to create summary and taxonomic directing lines, parallel to reality and representing reality, always as residual and schematic matter. Documentation doesn’t aim to clone reality, to reproduce the event for the second time, but instead to coexist with it in its own plan.
Besides the alleged search for impartiality defended by the factual nature of documentation, this particular language, wittingly or not, always ends responsible for the creation of new semantics.
If the document testifies the existence of the fact, what happens when the rupture of the coexistence between documentation and reality takes place?
When the fact, or let’s call it original object, by any historical, accidental, incidental reasons or by pure entropy ceases materially to exist or simply isn’t available any more, the documental or the referential object takes, in that moment, the main role in the production of the real.
The border between fiction and reality blurs and, considering that, mainly in historical, social and personal terms, the reality is built over what we consider a posteriori to be accurate and true – over the documental, the following question arises: before the absence of the original object does reality lay on the referential object?

Documental has been recurrently used both as a starting and reflection point and as media in contemporary art and there are many artists using documental and factual materials for the building of new meanings. Documental practice in contemporary art, mainly in the last twenty years, has been developing in several kinds of media, not always sharing a formal style and it cannot be called a “genre”.
With the shipwreck of the reefer ship Al Wahda in 1989 as the main core of the project, one starts from a real situation that in the present time can only exist through its documentation and possible traces in collective memory.
In this case reality exists only as a reference and with the manipulation of the documents comes the alteration of reality.
This project aims to work around Al Wahda’s shipwreck as a real and historical happening, not through subtraction but instead through the addition of information. The project takes place as a manipulation process, through the reorganization of the existing documents and through the production of new records, building a plurilinear narrative and opening a field for the production of parallel realities and new meanings.
As a reflection about a possible personal and national history and the possibilities of its representation, more than persuasive the ambition of the project is poetical.

Recurring to a mix between found-footage and production of new images, the project’s methodology lays in a first phase of collection followed by a process of production and manipulation.
The collection of documentation concerning the ship – details about the ship’s identity and about the shipwreck is supplemented with the production of new materials in a second phase of evidence fabrication and creation of hybrid documentation through photomontage, false technical drawings and eye witnessing reenactment. The produced images don’t seek to falsify the nature of the event but instead to corroborate with it and, the putting side by side in the same hierarchy of the real evidences and the afterwards produced materials doesn’t try to create a friction between fiction and reality but instead to merge the visible border between both concepts.
The materials are mostly photographic; being that photography (extended to film and video) isn’t any more a way of recording but instead a way of producing reality. Ultimately, the project materializes beyond the exhibition field through a press article that approaches the shipwreck through discrete adulteration, creating a speculative space and seeking for a poeticization of the facts instead of putting them at stake.

The disposition of the project as an installation structure, respecting the exhibition space, aims to triangulate the three main project chores; the one of document collection (photographical, graphical and textual), the eye witnessing reenactment filmic chore (in VHS format) and the one of the shipwreck reinterpretation through the press article.

The project consummates through the construction of a parallel reality that, more than an alternative reality, presents itself as a transition space, a space in between spaces.
The new narrative doesn’t try to put at stake the previous one neither to impose as a better or more valid version of truth, but instead to reflect on the identity of the event and on the active and constructive function of the documental method. 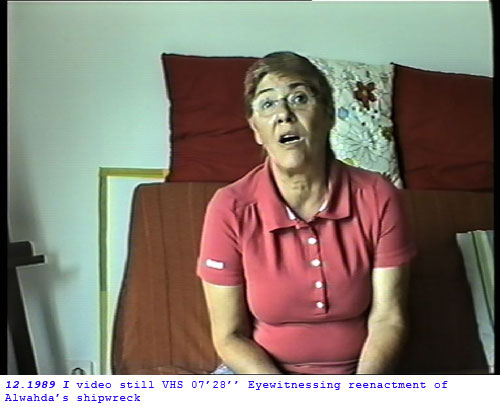 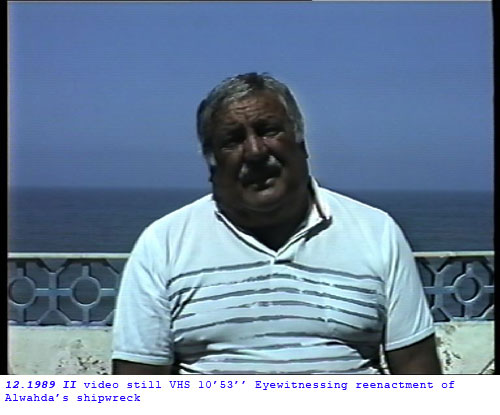 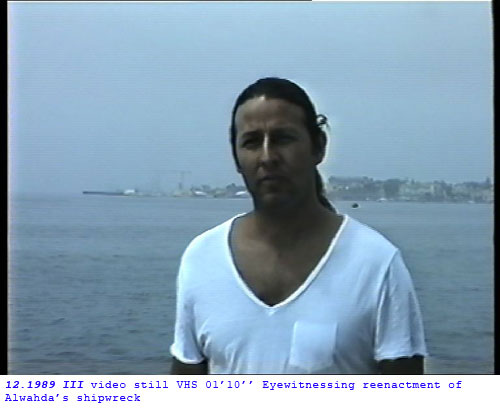 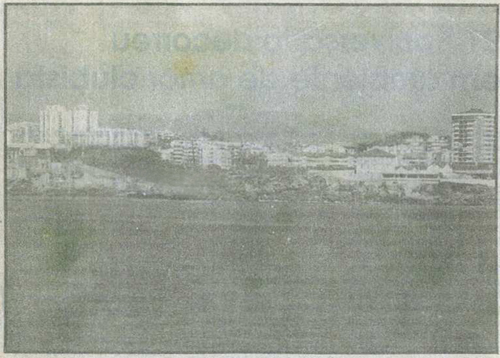 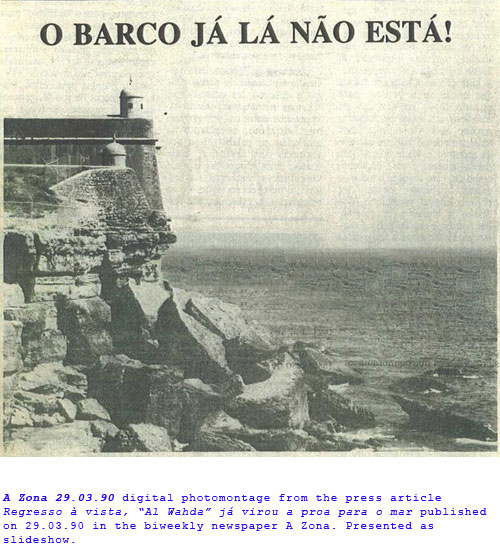 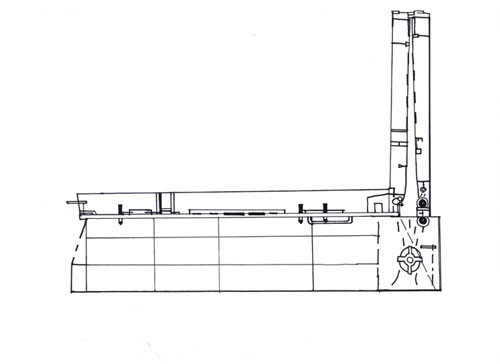 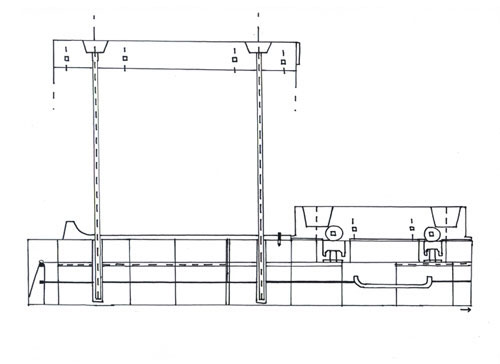 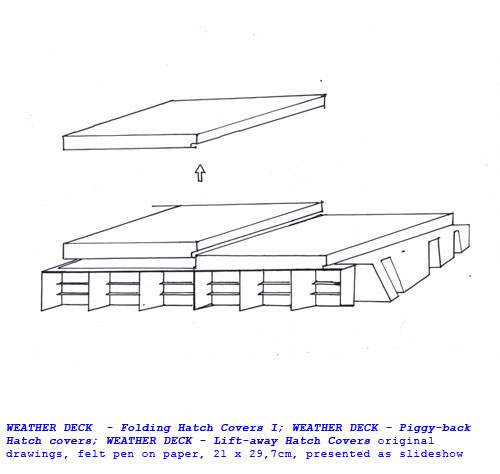 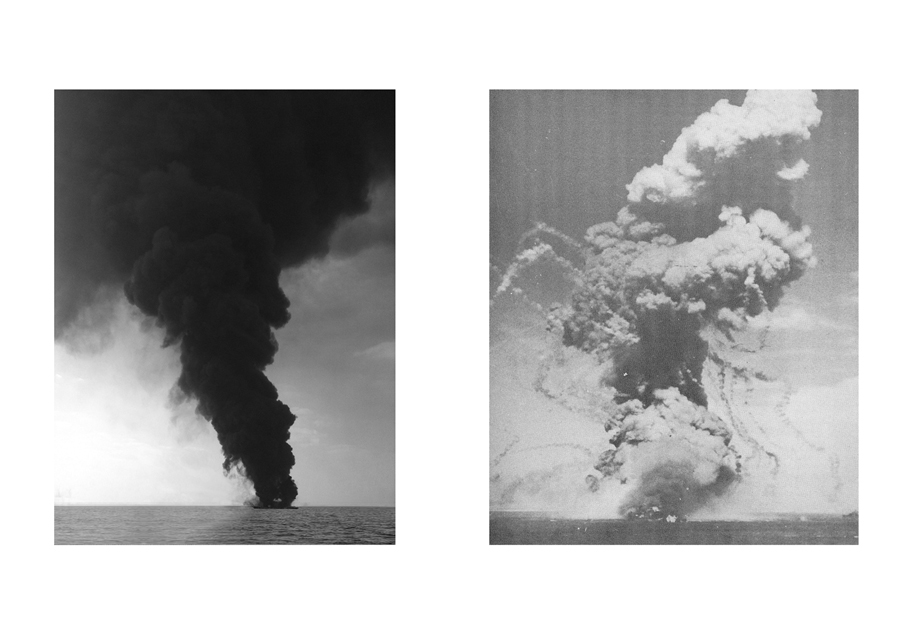 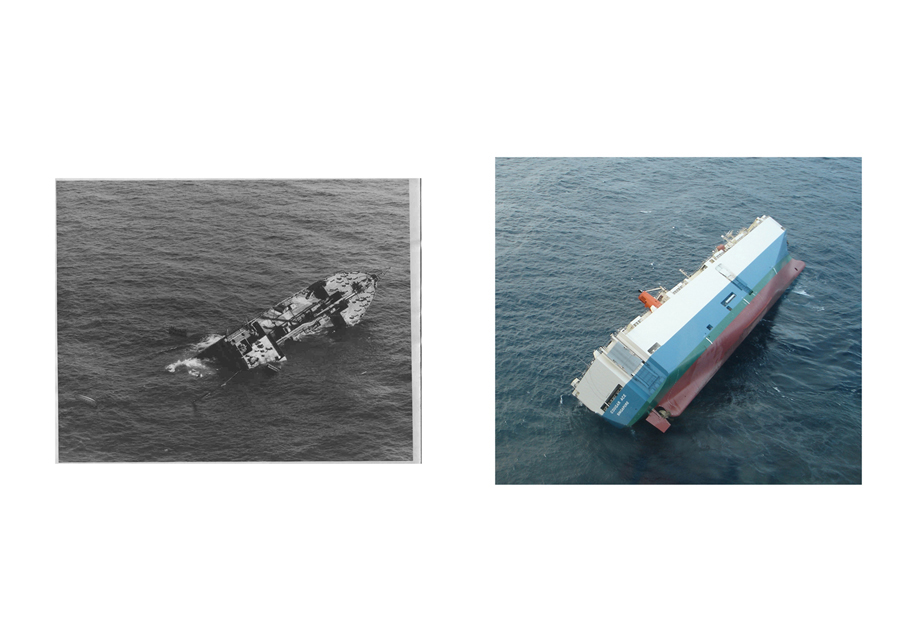 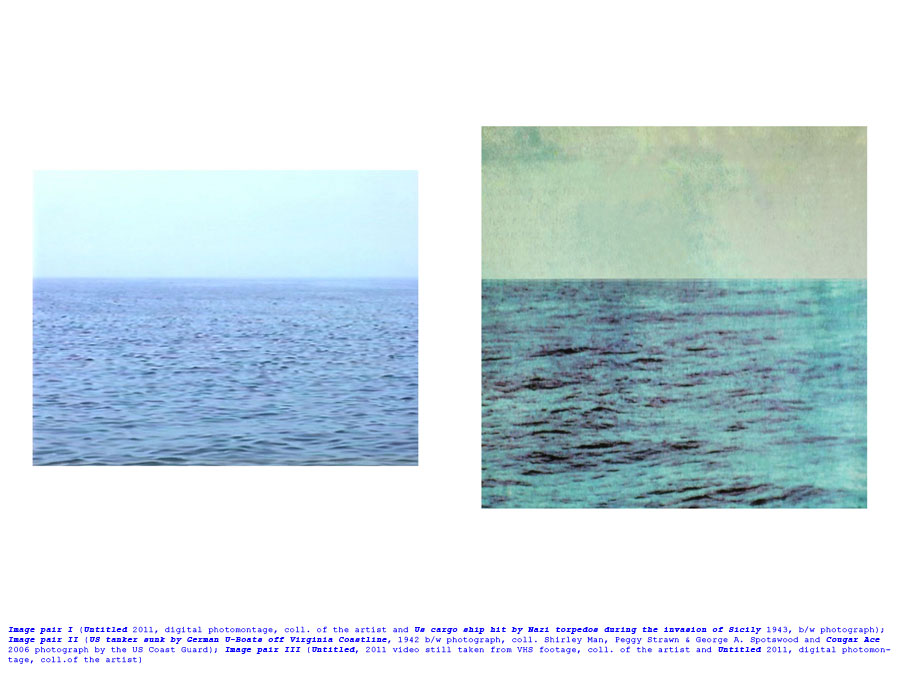 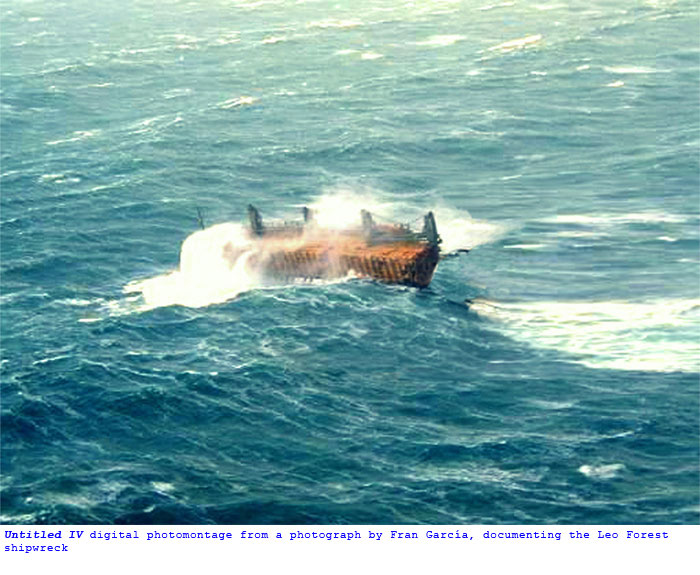