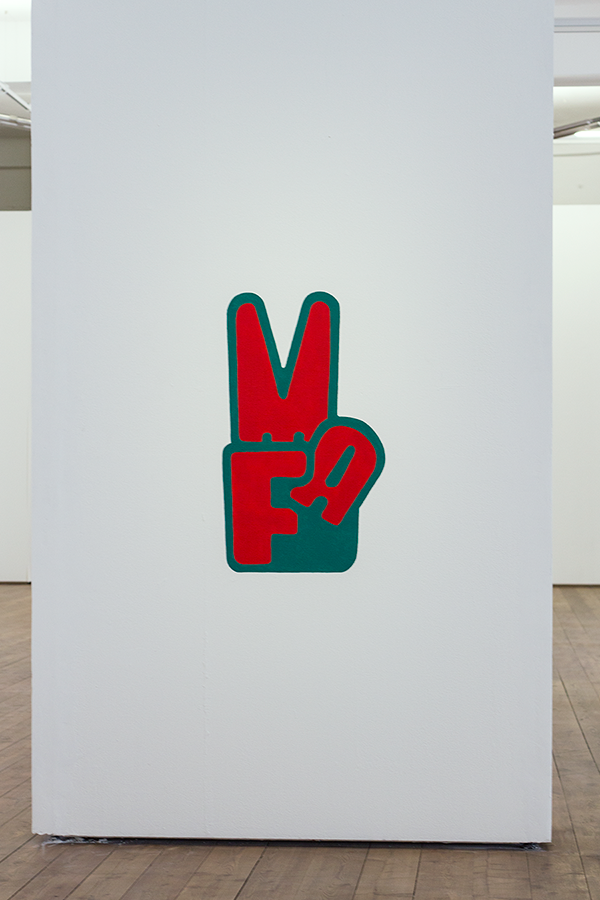 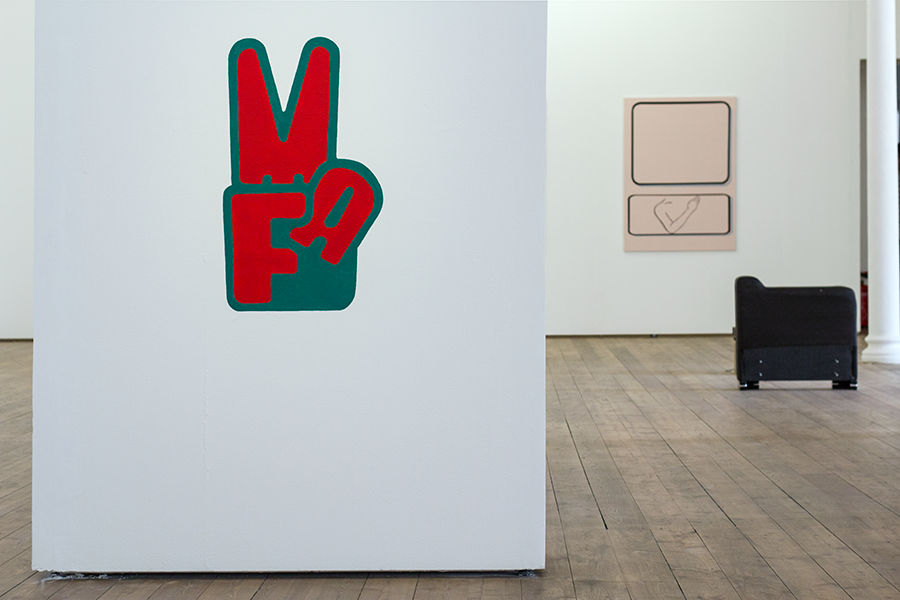 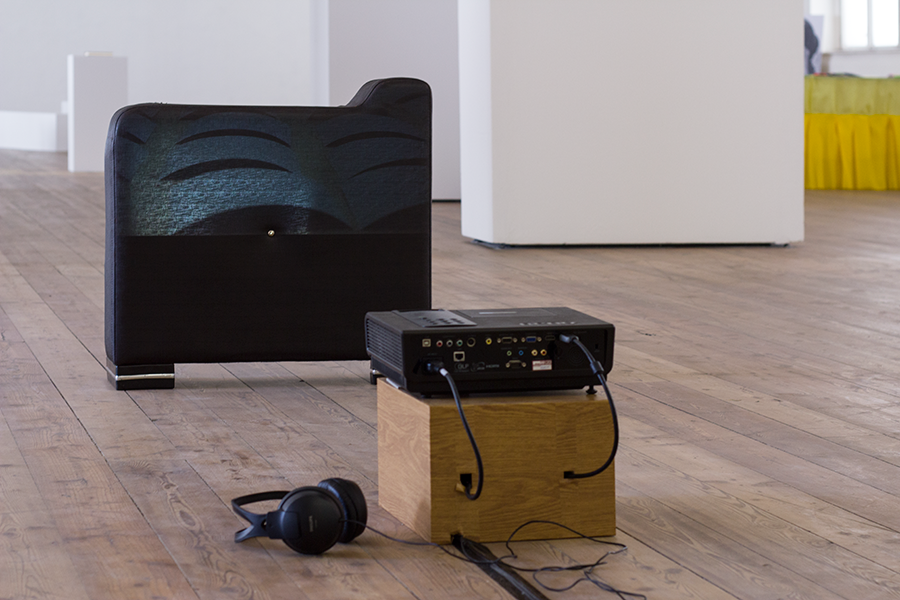 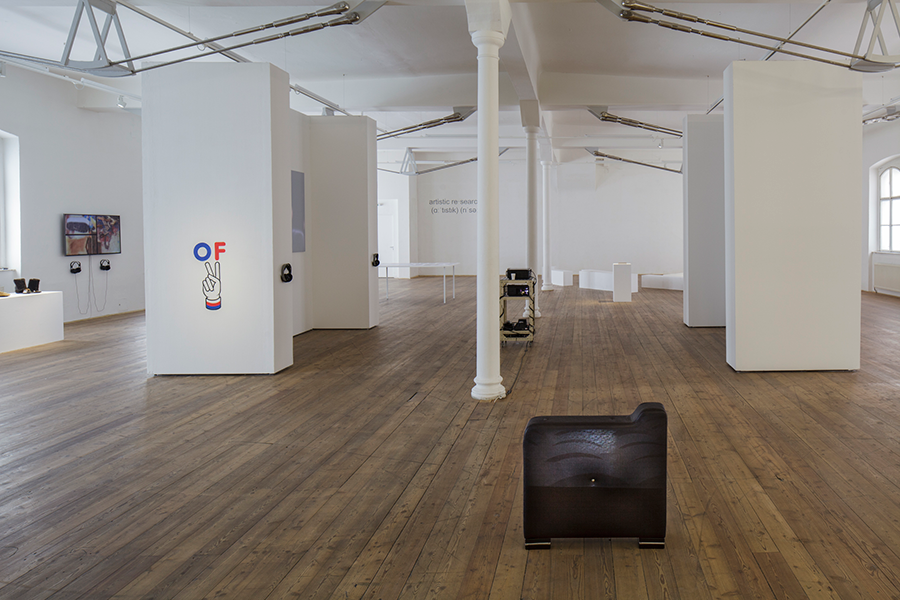 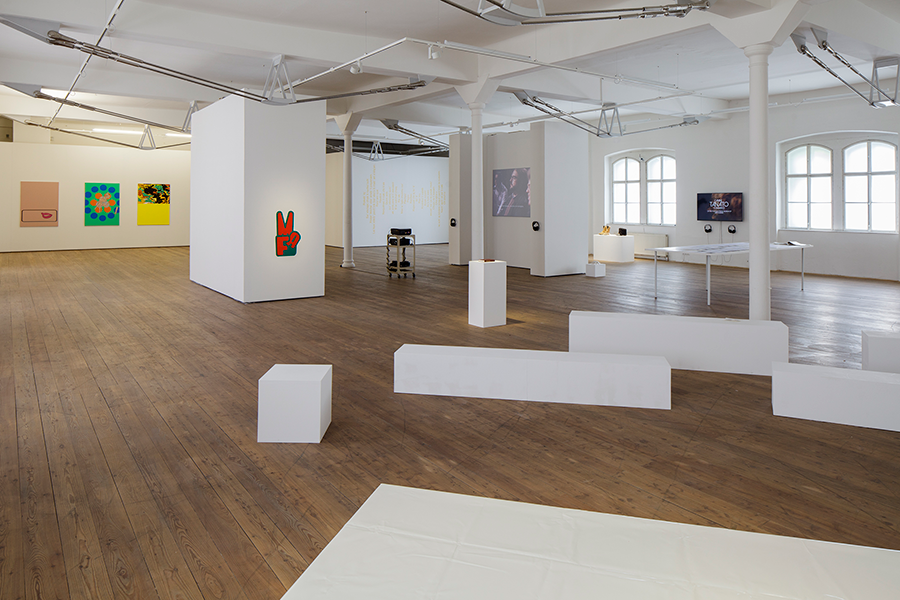 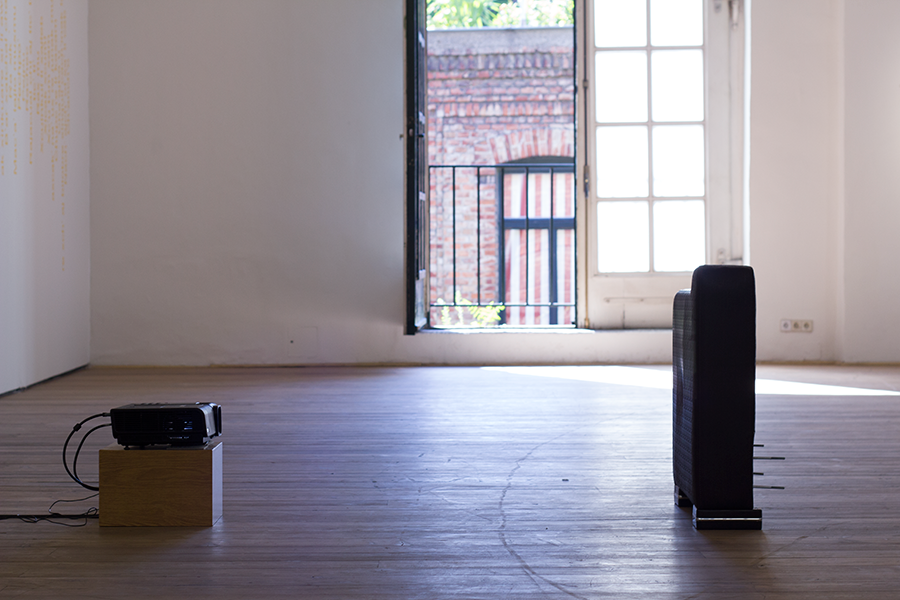 Photo March (video projection on found object)
Photo March (video projection on found object)
Photo March (video projection on found object)
V for MFA (wall painting) and Photo March (video projection on found object)
Photo March (video projection on found object)
V for MFA (wall painting)
V for OF (wall painting)
Installation view of V for MFA (wall painting) - Kunsthalle Exnergasse, Vienna AT
Installation view of V for OF (wall painting) and Photo March (video projection on found object)
Kunsthalle Exnergasse, Vienna AT
The main source of this series is the personal photo archive of José Alberto Vidal de Almeida, my father, a Portuguese stipendium student in the former Czechoslovakia between 1978 and 1987. The analysis of the archive allows a parallel following of the final years of the communist regime in Czechoslovakia and the first years after the left wing revolution in Portugal that allowed the end of a 48 years long fascist regime and the end of the Colonial War in April 1974, as this photo archive contents extensive documentation of both personal and historical events that took place in both countries.
We are now searching for a place of consignation, the exteriority of the archive. First we pay attention to the material body, the moment of this first impression. The materiality of the photos surges forward way before their content does.
Projected on a fragment of a couch, Photo March focuses on the materiality of the photos, on their physical existence and on the informal familiar setting as research centre. The front portion of the photographs is never shown. There is a repetition of the gesture, of laying each photo on the table in an overly methodical way, resembling a procedure (or an act) of organising. The photos shift from being a collection of detached elements to becoming part of a system. The photos are treated and displayed as objects or artifacts, their concave form (resulting from the way they were poorly stored inside the shoebox) accentuates, through forced tridimensionality, a corporeal presence. In the case of Sequência de versos, which has a double meaning and can be read both as a “sequence of verses” and “sequence of back sides”, the photos are organized in small batches according to cryptic criteria - there are some marks or tags on small pieces of paper and slowly the batches are sorted out by size or format. It is unclear. The three works deal with my first experience with the photos, the first imprint they left in my memory, the first impression, and the material and technological substrate of the archive. Suelly Rolnik deduces that a counterculture was lost to melancholic politics of desire, one responsible for a generation of propagation of forms from the 60’s and the 70’s while ignoring the forces that caused them. For Rolnik the way to re-establish a connection to these forces would be to pass over the old forms for the creation of new ones. In Rolnik’s formulation we find the opposite to an idea of rescuing, or retrieving something from the archive, and instead come towards a notion of mapping a pre-existent field to which an intentionality of the formulation of new present possibilities is added.
In my works V for OF and V for MFA, two wall paintings that respectively reproduce the symbols of the Občanské fórum - Civic forum - the Czech political movement headed by Vacláv Havel and established at the time of the Velvet Revolution with the self-proclaimed aim of overthrowing the Communist regime; and of the Movimento das Forças Armadas - Armed forces movement - the military organisation responsible by the coup that gave origin to the Carnation Revolution in Portugal - these directly address the formal concept of revolution, showing two historical forms of the V sign hand gesture used as motif for nearly paradoxical political processes. 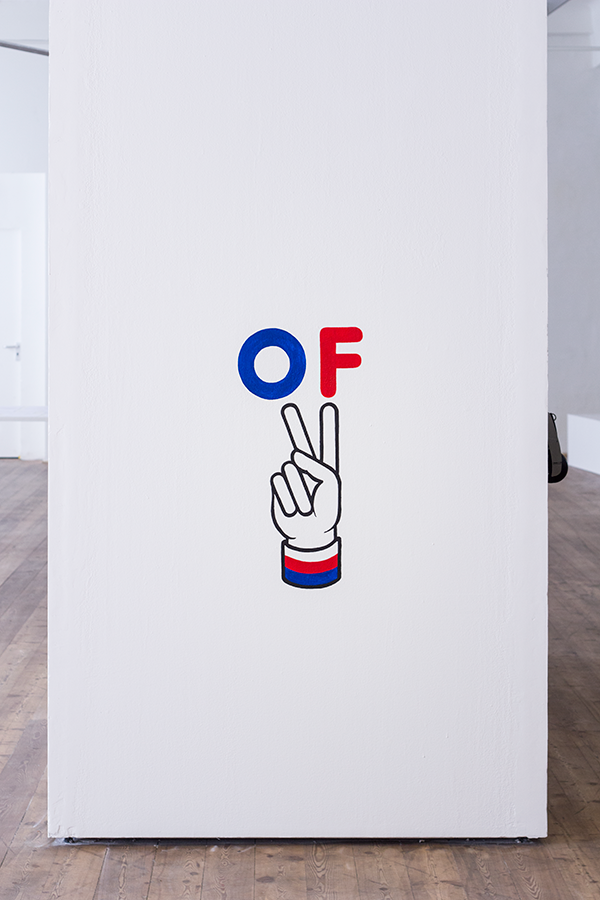