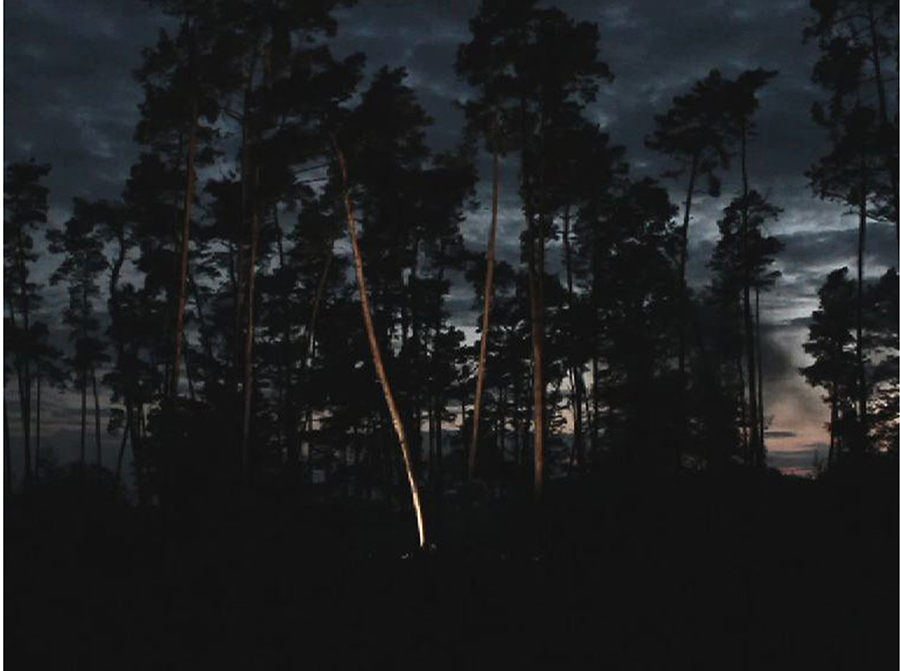 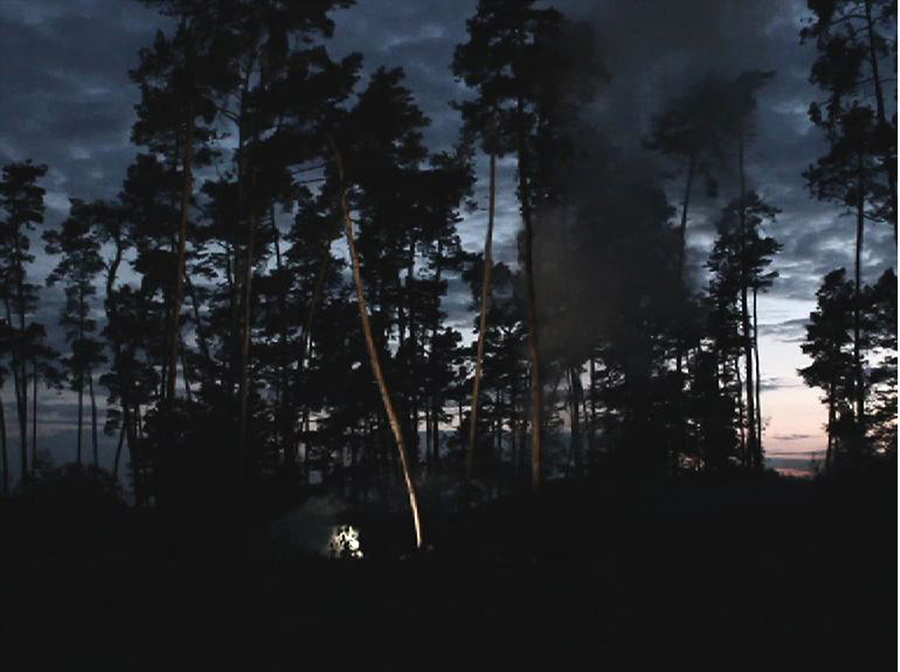 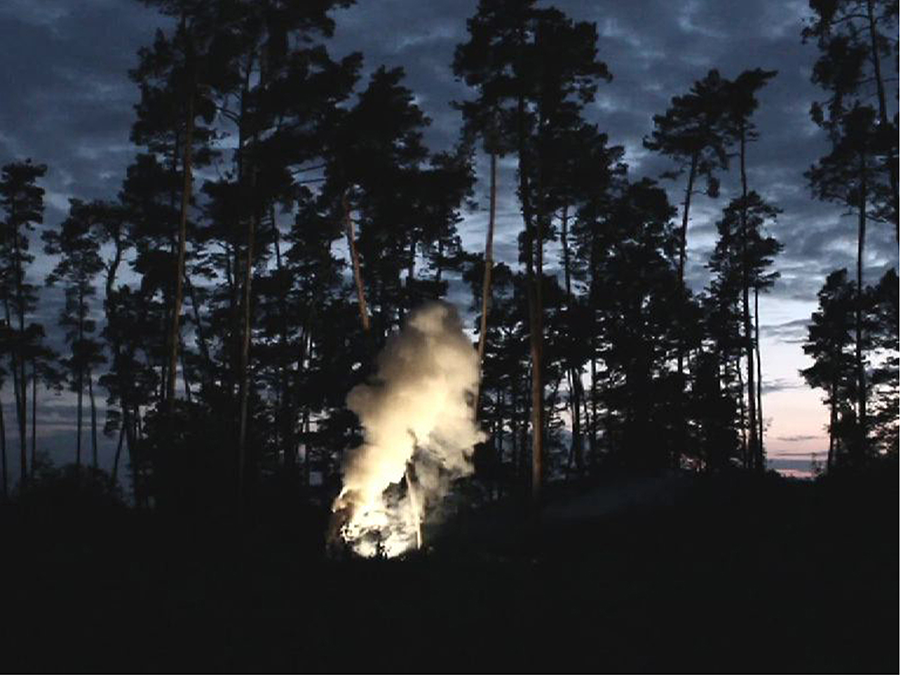 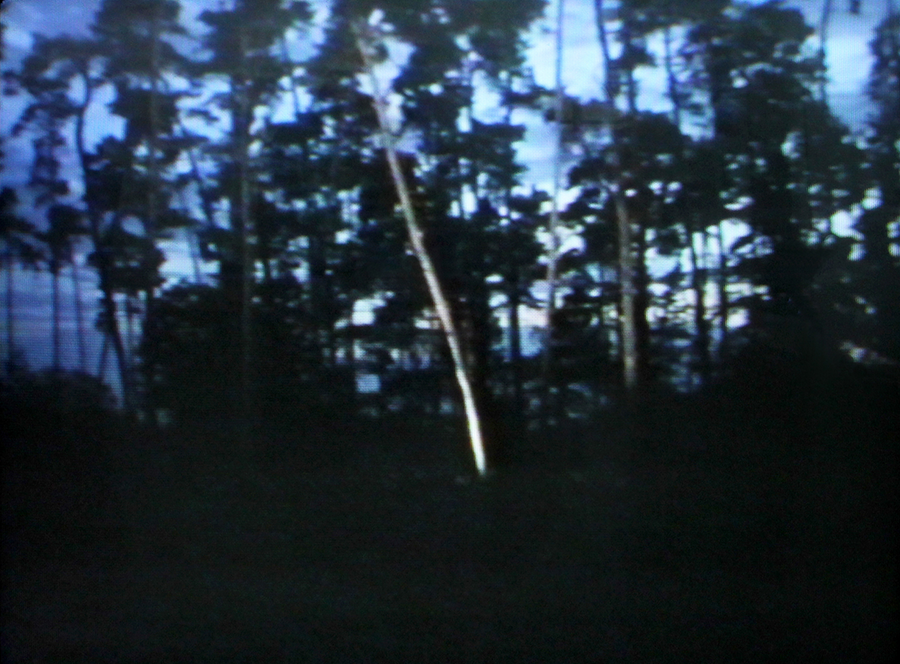 I guess I remember Kitsune by João Penalva. A Japanese storytelling over a landscape with a couple of trees in the mist, a whole play. The Fox Den is a consciously reenacted memory in order to grasp memory as an unconscious reenactment process.

A – It is just like it was. It was here. Not here in this place, but nevertheless here.

A – You may. I never expected to be here alone anyway. As I wasn’t before. I was here after I was here for the first time. I returned to this place and there is nothing more than that. And I will return, over and over again.

B – I see. As a ghost haunting this place?

A – No, as a body visiting a ghost place. As flesh haunted by these crepuscular surroundings. Perpetually disincarnating into this space.

B – Here? Just right here by these trees?

A – Certainly not. But yet here. I was here before.

B – And the trees? I too was here before, in the womb of this mist. There were no trees here before.

A – Yes. And yet now there were trees before. As we now were here before, in the middle of this mist. I was visited by this midst, by these trees, by this tenebrity, not once, not twice. A – They come without warning; sometimes there are more trees, once there was only one.

A – The almost darkness is sometimes just a lugubrious grayness. The mist is always there.

B – I was here before

A – I was here before